How to start basing

So, you may be new and trying to farm legal or illegal crops. You might've started crushing or smelting ores. You might be doing LSD, or hell even coke. This is a beginners guide on how to base safely (to the most part).


House alarms are crucial for basing for whatever you are doing. If you are not familiar with house alarms, house alarms make a loud noise repeatedly when someone lock picks the door the alarm is attached to. These are essential because they can a) scare off inexperienced raiders b) lets you know if you are being raided c) gives you time to make a decision. You can call in reinforcements from friends or your organization, you can call the police, you can plan an escape, or you can make a defense plan.


When choosing a property, you really need to take in account what it has to offer and at what price. For example, let's just say you are farming. Pick a property with grass for you to place your dirt plots. The same goes for if you are making LSD, coke, or crushing/smelting. For LSD, make sure to pick a property that isn't too common and gives you a nice place to defend your base. For coke, maybe it's picking a place that's remote so people don't find out you're making coke. Whatever you need, look for it in a property.


When defending a base, make sure that you are well suited and equipped to hold your ground. This means:
Primaries with good utility (edit: and attachments)
Enough ammo
Medkits/CPR Kits/Adrenaline Injects
Enough people
Defensive Props
Counters (if possible)
For the primaries part, make sure you don't skimp on the gun. For base defense, a cheap and decent primary I would recommend is an AK-47's, Vectors, G3's, and Thompsons. If you have a bit more money, I'd recommend investing in M4's, ACR's, and AUG's. You will need medkits because holding a raid is usually a patience game. CPR kits and adrenaline injects are for if one of your buddies dies and still has a pulse. You can bring him back up and get him back in the fight. Having enough people is crucial, it's really easy to get picked off solo. Having a group of 2-10 really helps boost your chances of surviving a raid. Defensive props are really good as they will give you an advantage against the raiders in position. Counters are a really helpful piece as they can provide help if you can't take on the raid. Counters are players that come to the property as a cavalry to kill the raiders. Now, for the actual defense part. Make sure you are using your defensive props as much as you can to give yourselves an advantage. Make sure you are conserving ammo so you don't run out. Play the time game. The raiders will always be on a clock because of counters and cops coming into play, whereas the basers can sit back and wait for the raiders to rush. Last and most important, learn from your mistakes. You might've played too aggressive or too passive, letting the raiders kill you. You may have not used the props as well as you should've. Make sure you are analyzing why you lost instead of blaming cheats, better guns, or more people.

1) Don't rent a house where people can climb their car and over the fence (test it if you're unsure)
2) Don't show cops any illegal activity as they are allowed to raid you if so
3) Make sure you know that everyone in your base is NOT a detective
4) If someone is on your property you are not allowed to shoot unless they attempt to raid
5) Call police in to defend ONLY if necessary (edit: keep in mind that it will most likely lead to a raid in YOUR base, so use it as a last resort)
6) Use sound cues such as car roaring, people getting out of cars, guns being equipped, radios, and ammo canisters being used
7) If outnumbered, try to get as many 1v1 situations as possible instead of getting double peeked. This way you can kill one, med up, kill another, med up, and make it as fair fight as possible.

I would recommended G36C, it’s cheap and good also I would not buy m4, honey is better and cheaper. I would also say I would not call the police if your doing stuff illegal, it will result in you getting raided in the process, since they would hear class 3 gun shots going off inside your house.
Reactions: gm1003, Hector and Ace Carter

Don’t skimp out on attachments, scopes and foregrips save lives.
Expand signature
Tuko
aka John Boyard
MRP Admin
The Family

Tuko said:
Don’t skimp out on attachments, scopes and foregrips save lives.
Click to expand...

A suppressor is good too if the gun takes it, lowers your chances of cops hearing shooting and it doesn't decrease damage at all like it does in most other games.
Expand signature
Hector Basconne
Current Org: MSide Hustlers
Networth: 2.1M
Cars: Skyline, Golf, Omni

Suggestions: how to defend a 1v8 raid
Expand signature
https://soundcloud.com/lil_peep%2Fbeamerboy-prod-nedarb-nagrom 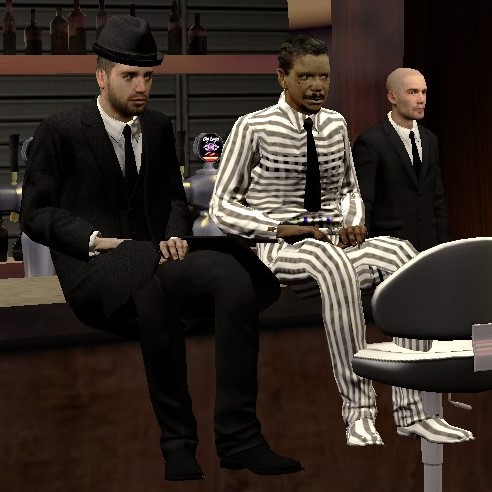 BoKe said:
I would recommended G36C, it’s cheap and good also I would not buy m4, honey is better and cheaper. I would also say I would not call the police if your doing stuff illegal, it will result in you getting raided in the process, since they would hear class 3 gun shots going off inside your house.
Click to expand...

added to the guide, thanks for the suggestion
Expand signature
when me and the boys frag out

Tuko said:
Don’t skimp out on attachments, scopes and foregrips save lives.
Click to expand...

added
Expand signature
when me and the boys frag out