Description of suggestion: Add a rural firehall, maybe attached to a small town hall. WIthin the town hall, you could have a licensing station, voter station and government office.

Reason why it should be added: This last update has brought a ton of life to Falcon Creek, and its use had already been steadily climbing for the last few weeks. There are a lot of players like me that not only enjoy it for the tranquil environment but also because of its seclusion. I have heard a lot of players talking about wanting a licensing spot up there (for when the deputies catch them without a license) and think it would be beneficial to expand it to be its own sustainable governmental jurisdiction (excluding mayor of course). With the rise in players and basing, having a small volunteer style firehall would be a good addition as well to control fires that cant be quickly reached from Monoford FD. Maybe have a system where citizens can still retain their normal clothing and be able to rent but sign up to volunteer for the PCFD. When a call comes through, they could "check in" with the NPC and dispatch their rigs. When done, they bring the rig back and talk to the NPC who can pay them for the job (think of it like a paid-on call FF system) and store the rig. With that vision in mind, a lot of rural townships have their town hall attached to the fire hall. This way, Pine County would be completely self sustainable since it already had its own police, EMS, mechanics, banking, grocery and convienience store and its own clothing market. At this point, it could operate on its own without the influence of the big city and have its very own jurisdiction. 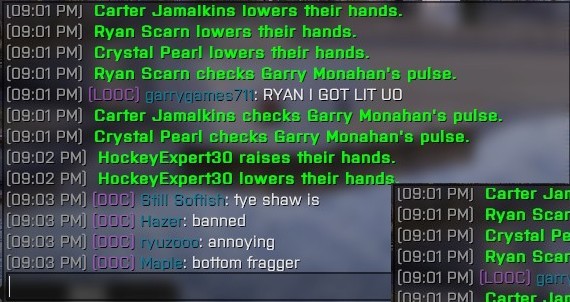 Just glancing through older suggestions +support, while fire is admittedly not the most popular job in the world, it makes little sense that pine county lacks their own (especially since over half the missions are in pine county anyways, place feels like a matchbox)