Monolith Launcher has been updated !

Added a extension library, where you can add additional features if you want it.
If you want to add more things and use it straight from the launcher, well now you can, right now there isn't anything available to allow anyone to make some custom extension to use with it, but if you created something Monolith related and want me to make it where you can use it straight from the launcher, hit me up Rondell#9451 on discord, here's a preview though, like @Parker 's Crafting Calculator.

If you already downloaded it before, slap parker's app in the Monolith Launcher directory, and you can launch it directly from the launcher !

Such as this, here's a preview.

There's some known bugs at the moment
The autoexec & cleanser tool found in the config page may work or may not work, I hadn't got around to fixing it yet because my GitHub is all messy at the moment and gotta clear bunch of stuff up and upload the source to the repo so you can check it out and contribute if you want to.

Also, Profile Pictures aren't showing on the forums using Monolith Launcher, I don't know why its doing that for, but I'm working on a fix for that as well.

Wanna download it?
You don't gotta, you can pretend to like it, or you can check it out and tell me what you think of it or what could be added to it.
its available to download here https://github.com/Rondell9451/Monolith-Launcher-Rebuild/releases/tag/3.0.0.0
Expand signature

Implemented Chromium to the Monolith Launcher
Instead of using the old internet explorer 6, which was slow, and restricted, now using Chromium, and its a zooming.. + it looks prettier.

Fixed the automatic update feature.
It was part of the messy github stuff, but I fixed the updater, so future updates the launcher will update itself without having to go and manually download & replace each & every time there's an update.

Now I'll be moving on to the more useful and important parts, the Autoexec & Cleanser Tool, those need to be fixed so you can keep your game squeaky clean, well I don't know about squeaky clean, but hopefully get it standing back on its last leg because source-engine is getting up their in it age.
Expand signature


Changed up the UI a bit, made it look better than it looked before.
So instead of it being kinda bunched up and such, it looks more nicer. Don't ya think? Don't tell Monolith Launcher its ugly, its sensitive you know.

That's it for this update!

EDIT:
Forgot to mention, you can also press CTRL+SHIFT+I to open a debug.log file that comes with Chromium part. It just shows you same info you'd get from the console in Chrome. (Console not included), and CTRL+SHIFT+P but Idk what that does.

I accidentally made a mistake in a previous update, and commented the update line in the code which pretty much made it as if the code didn't exist, thus preventing a update to come through, this will fix that as well.

When you open it after doing all that, in the bottom you should see this

That's it! Much apologies.

Monohead 4.0 - Early Access now available
Just start Monolith Launcher and boom, an update will begin and you'll be on the latest version.

What's changed? What's new? What to expect?
Okay, okay, just hold on, we're getting to that part.

Launcher Settings has arrived.
Yep, that's correct, no more the launcher doing what it wants, take control, put your foot down, and tell Monohead Launcher what you want it to do, you can find your Launch Options, Checking for updates, What to do after the game launches, etc.

Renamed to Monohead
instead of Monolith Launcher, it's called Monohead, sounds better doesn't it? Maybe? What do you think?

To disable GameTracker, you can go-to your Extensions Library > Configurate Extension > and select Disable under the GameTracker module.

Monohead Launcher version 4.0.1 released
Finally brought back the Garry's Mod Cleanser tool from the old Monolith Launcher, what does it do exactly?
Well, it cleans out your Garry's Mod files such as Addons, Downloads, Etc. and then when the game launches, it refreshes you with nice clean empty files.

Just click the Cogwheel icon, then click 'Launch Gmod Cleanser Tool', then from there, it pretty much tells you what to do. Or, fun fact, you can press CTRL+SHIFT+E and it'll open it for you without having to navigate to the config page, whatever convenient for you.

Organize anything, together. Trello is a collaboration tool that organizes your projects into boards. In one glance, know what's being worked on, who's working on what, and where something is in a process.

trello.com
Updated Monohead Launcher, fixed some bugs and updated some stuff so it works better.
Full list on the Trello Card i made. 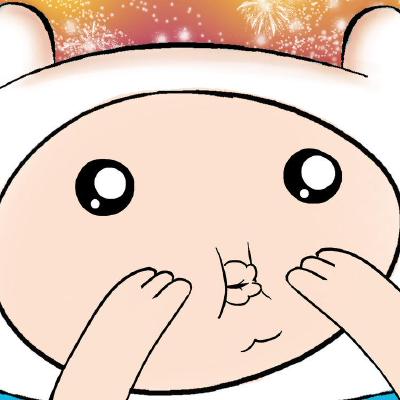 Did you know you can download Parker's Crafting Calculator from Monohead Launcher?

Network shut-off switch
Yep, get more control over Monohead Launcher, show it who's the boss, wanna punish it? Take away it's network privileges.

Some things were held back that was supposed to come out this update.
Those things were like the 'Gmod Kill Switch', and 'Steam Server Information', still working hard on those but they're really taking me longer than expected to add in, I'm not a C# Wizard so these things take me some time.

Backup your data
You can now perform Data Backup's, this contains things like your Whiteboard Saves, Chat Settings, and other settings and stuff, when you perform a backup, all your data files is backed up into Monohead's Directory, so you can safely perform a reset, or re-installation of Garry's Mod without the worries you might lose your whiteboard saves and such.

Version 4.0.3 Released
Monohead UI Update, Increased the window size for the normal window to be bigger than its original size.

Updated Monohead Launcher's exception handler.
Monohead will have a error icon that'll flash to alert you of an error that occur.

Some bugs might appear
I've tried to smash out the bugs, but there still might be a couple lurking around, what will most likely happen is the application will be forcibly closed, if that happens just reopen, you might be greeted with a error icon flashing in the bottom left corner, if so, click it and send me a screenshot of the error to Jetaime#9451 so I can fix it, I tried to find it and fix it before releasing this update but was unable to reproduce the error.

If you receive a error with the [Monohead] Monohead ran across a fatal error during a action. in the top of the error message, screenshot it and send me the error, I'll reward you $10k in-game money to first person who sends me the error.
Expand signature