This guide will outline a number of existing and new tactics available to officers of the Monolith Police Department to ensure best safety of officers and increase the likelihood of successful arrests, while maintaining safety for other road users.

The following methods are all methods for Enforced Stops, where the target vehicle has failed to stop and a moving pursuit is in progress.


The PIT Maneuver (Precision Immobilization Technique)
The PIT Maneuver is one of the most well-known tactics, used on less-busy roads to cause a vehicle to spin out of control and stop. A pursuing vehicle will make contact with the target, aligning it's front wheels alongside the back of the target's vehicle while moving. The pursuing vehicle will then turn sharply into the target, causing it to spin out. Officers will then move to stop the vehicle fully and continue with an arrest.

This tactic is considered HIGH RISK as it will cause the loss of control and crashing of the target vehicle, and so should not be done near pedestrians or other road users to avoid an RTC (Road Traffic Collision).

An example of the PIT Maneuver can be found below:


The TPAC Method (Tactical Pursuit and Containment) and Boxing
The TPAC Method, from the United Kingdom, is in fact a range of methods, however the term most commonly refers to the use of "boxing". Two or more pursuing vehicles will drive in front, behind and to the sides of the target, in as close formation as possible. The front vehicle will then brake in a controlled manner as the vehicles to the side and rear continue to maintain the formation. This will end a pursuit simply if done correctly and allow officers to surround the stationary target and carry out an arrest with no risk of a continuing chase, provided handbrakes are applied once the target has come to a complete stop.

This method is considered LOW RISK as no uncontrolled collisions will take place, and as such can be used on busy roads or near pedestrians where necessary. As Monolith citizens are unable to fire through car windows, the threat to life is nominal.

An example of the TPAC Boxing method can be found below, although formation and final stopping is not perfectly executed:


The Hard Stop
The Hard Stop is another UK Method used by firearms officers to engage a dangerous vehicle. This can be done while both stationary or moving, and is similar to the TPAC Boxing method, except the stop must be executed quickly and without warning - A Hard Stop is for confirmed armed and dangerous, or wanted vehicles only. Officers will aim to move to surround a vehicle, simultaneously, using sirens only when close to the vehicle, and immediately surround the vehicle with firearms shouting clear and assertive instructions.

This method is considered MEDIUM RISK due to the use of firearms and it's speedy execution, and should take place away from civilians where possible.

An example of the Hard Stop can be found below:
Hard Stop


The Roadblock/Static Stop
The Static Stop is the use of immovable objects or police vehicles to block a road in an attempt to force a vehicle to stop or cause a collision. Officers will set up a blockade with cars parallel to the direction of travel ahead of the chase in hopes to stop the car from moving forward. This may be paired with or replaced by the use of Stingers, which are pieces of equipment that rapidly deflate the target vehicle's tires to slow the speed of the pursuit.

This method is considered HIGH RISK due to the threat to police officers and police vehicles, as well as the need to block all civilian traffic and pre-plan.

An example of a roadblock/Static Stop can be found below: 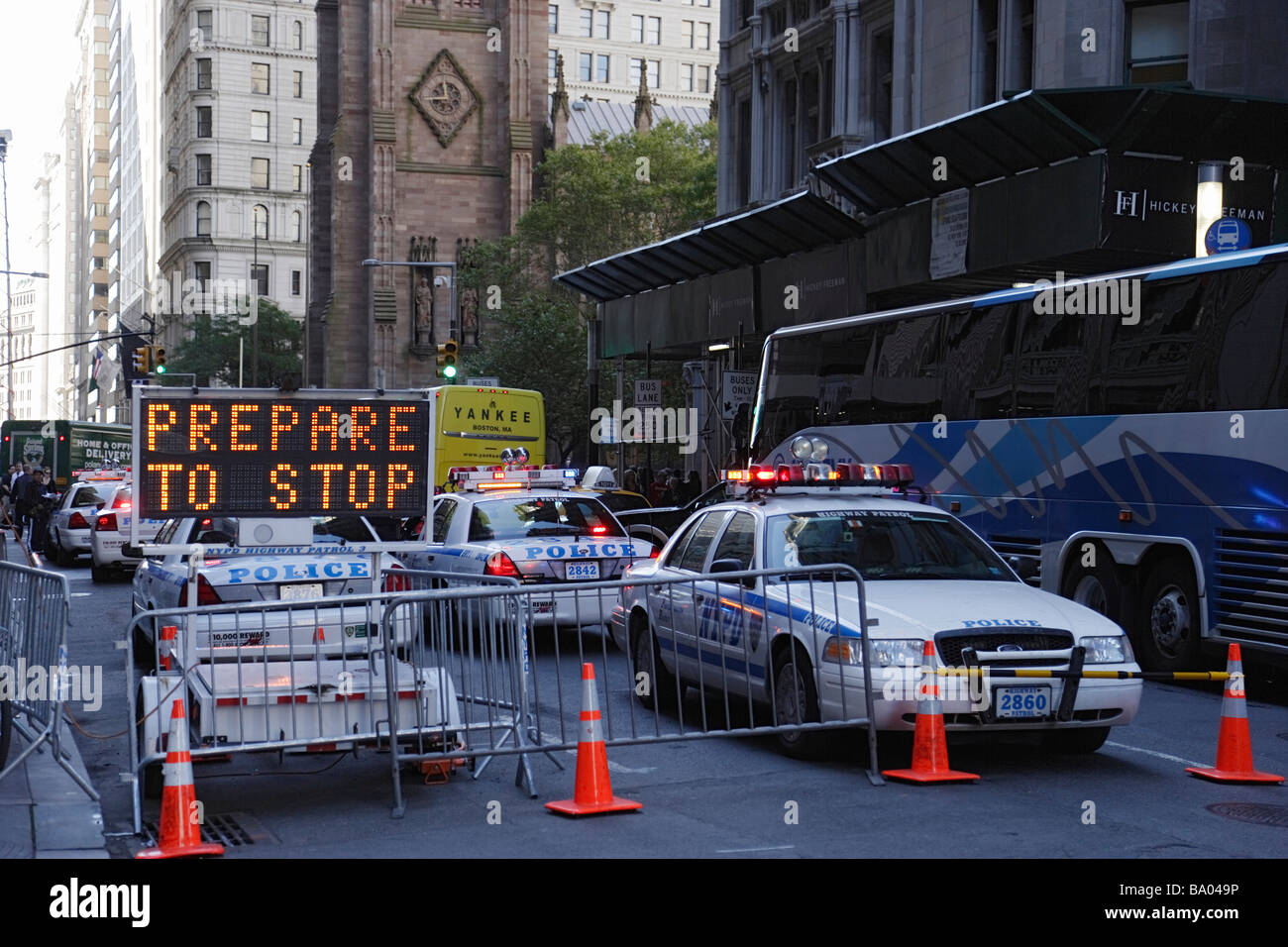 This method is considered EXTREMELY HIGH RISK due to the use of lethal force and firearms.

To Conclude
All of these methods are efficient in their own ways, and officers are recommended to learn these and execute them as required by radio instructions. The Use of Force Continuum should be held in mind when deciding which of these tactics are appropriate for the situation. In any case, the best method is to avoid a pursuit in the first case and use clear verbal instructions to cause a vehicle to initially stop.

Thank you for reading!
​
Reactions: gm1003 and Agam

Let me know if anything needs editing/removing/adding etc. I'll be happy to help out!

Also do let me know if this is in the wrong place (e.g needs to be in roleplay documents, police instead)

Somewhere... still trying to figure it out

StewartJames said:
Let me know if anything needs editing/removing/adding etc. I'll be happy to help out!

Also do let me know if this is in the wrong place (e.g needs to be in roleplay documents, police instead)
Click to expand...

To add (sorry if this is in there already and I missed it just lemme know if so):

Don’t ever pass the leading pursuit officer. This is the officer that first initiated the pursuit. This officer gives the callouts on whereabouts the car is, is heading, estimation on speed, and what it is doing. This officer tries his absolute hardest to never lose eyes on the suspect. The other following cops behind the leading cop will try to stop the car in its tracks by hearing the following officers callouts.

Following officer(s): “ 10-4 I will attempt to place a spike strip on highway”

I hope everyone who RP’s as cops reads this very helpful.We need to be more coordinated at times
Reactions: StewartJames

SpriteVz said:
I hope everyone who RP’s as cops reads this very helpful.We need to be more coordinated at times
Click to expand...

I too am guilty of seeing a fleeing car and going as fast as I can into the side of it, and watching it drive off as other cops try to get around my now disabled vehicle
You must log in or register to reply here.
Share:
Reddit Pinterest Tumblr WhatsApp Email Link
Top Bottom